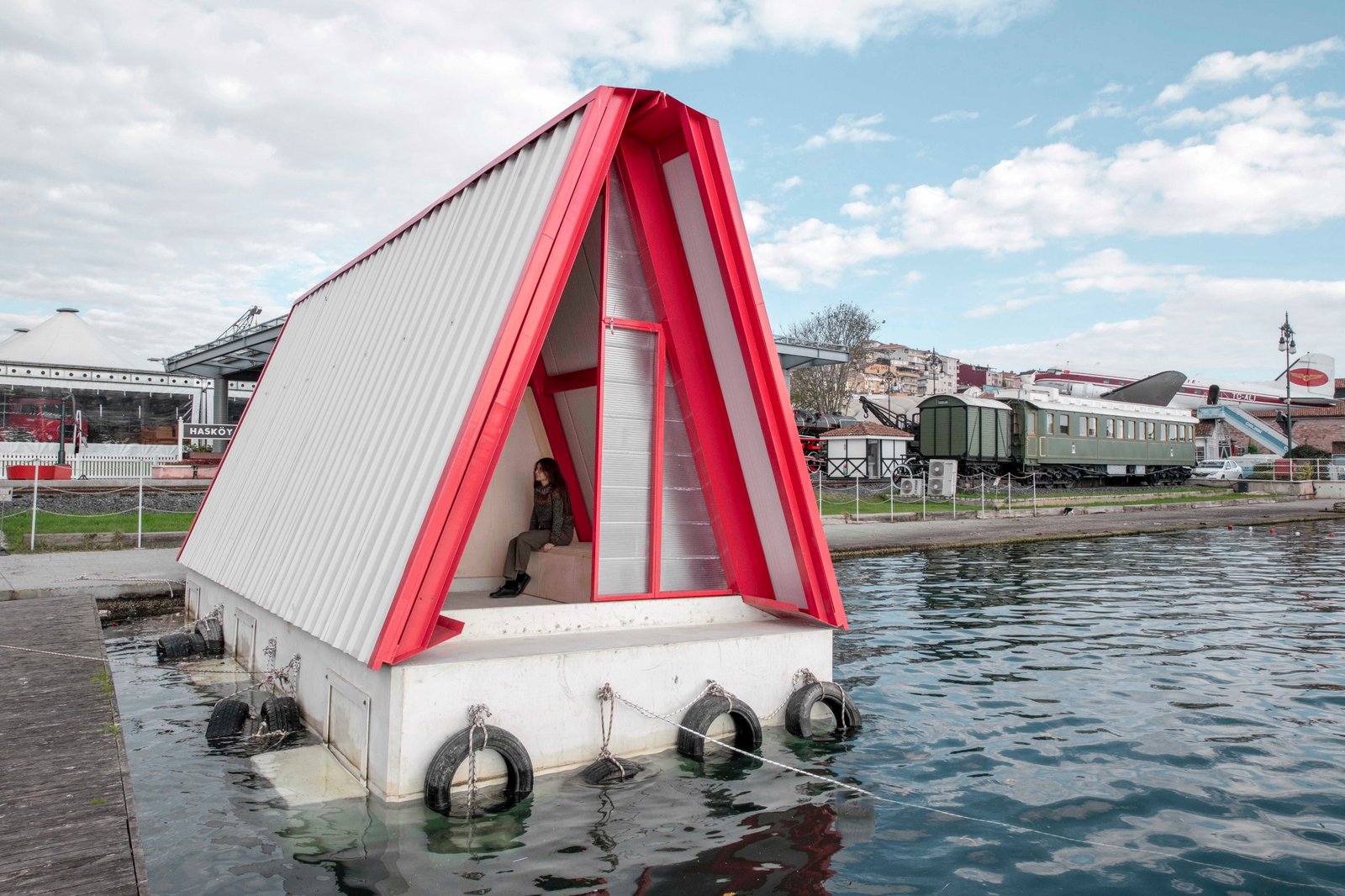 Designed by SO? and Collaborators, Hope On Water is focusing on developing emergency houses with an interdisciplinary educational approach.

Designated emergency assembly points in the case of an earthquake in Istanbul were announced in 2001. Since then, most of these public spaces have been built up, which raises the question of where everyone will be housed in the case of an emergency. The idea of designing a speculative prototype of a floating emergency house came out of this fact: What if the response is not about stable land, but about manageable water?

Fold&Float was floating on Golden Horn, the area that will not be impacted by an earthquake’s tsunami. The prototype was placed on the Earth School satellite at Rahmi M. Koç Museum as a part of 4th Istanbul Design Biennial in 2018.

Fold&Float, is a foldable structure made out of light steel construction, specially developed for emergency situations. Its light and foldable structure provide rapid and easy installation in the case of an emergency. The unit is composed of two main parts: an upper structure that includes all the fixed furniture folded and implemented, and a floating pontoon made of concrete. The idea of a foldable unit which comes fully equipped is the result of research displaying that earthquake victims generally spend at least 1 year in temporary housing after the disaster.

Hope On Water was an education project done for 4th Istanbul Design Biennial” as a collaboration with civil engineering and sociology students from Boğaziçi University and architecture students from MEF University. The educational project was run by Ayfer Bartu Candan, Emre Otay, Oral Göktaş and Sevince Bayrak.

Fold&Float animations and gif: SO?